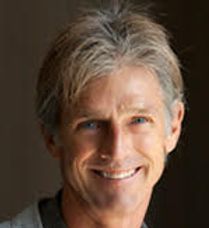 David Saltman is a graduate of UCLA School of Theater, Film and Television, and was a co-founder of the E! Entertainment Network prior embarking on a cleantech career. Now, Saltman is a successful executive, cleantech entrepreneur and leading advocate of environmental innovation and sustainable business development. He was Chairman and CEO of Malama Composites, manufacturers of rigid urethane foams made from bio-based resources. Formerly, Saltman was CEO of Open Energy Corporation, creators of the first building integrated photovoltaic roofing tiles and roofing membranes. Prior to this he served as CMO of Flexform Technologies, the first natural fiber composites company in North America. Saltman also served on the Presidential Task Force that developed green procurement guidelines for the US government. He is a co-founder of CleanTECH San Diego, and served as Executive Director of the Surfrider Foundation, which won the largest Clean Water Act lawsuit in US history. He has received awards from the American Marketing Association, the National Recycling Coalition, and the American Composites Manufacturing Association. Additionally, he is a board member of Pacific Integrated Energy, developers of novel solar electric thin film materials.