< Return to Board of Directors
DAN DEAREN 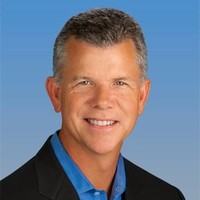 Dan Dearen has over 30 years experience in senior management roles with emerging growth companies in medical devices, life sciences and technology. Dan is currently co founder and chief operating and financial officer of Axonics Modulation Technologies, developer of the first rechargeable Sacral Neuromodulation (r-SNM™) system for the treatment of overactive bladder. He was previously COO & CFO of Vessix Vascular, a medical device company treating resistant hypertension that was acquired by Boston Scientific Corporation in November 2012. Dan has played a key role in building several venture capital financed companies and has expertise in building teams, raising capital, structuring license agreements and mergers and acquisitions. He started his career as a CPA in the healthcare group at Ernst & Young in Dallas, Texas. Dan earned his MBA from Boston College and his BBA from Southern Methodist University.